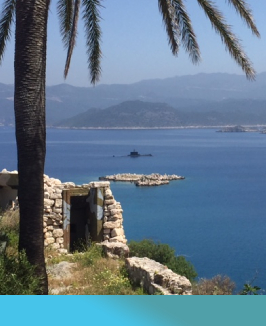 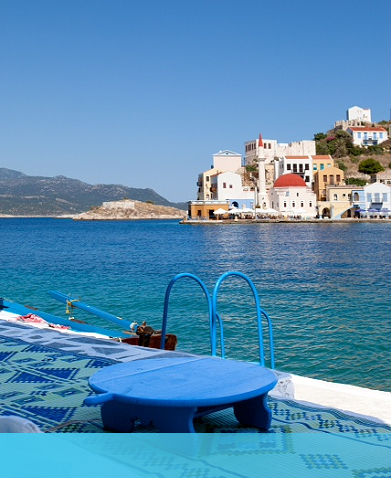 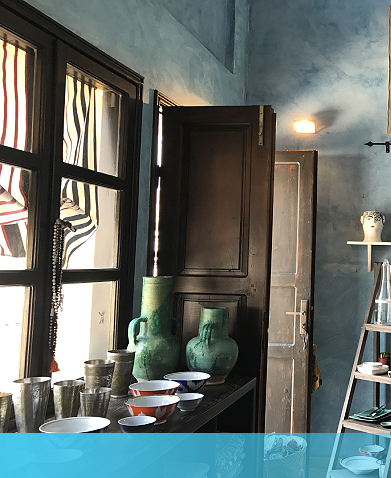 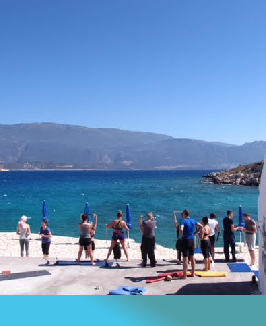 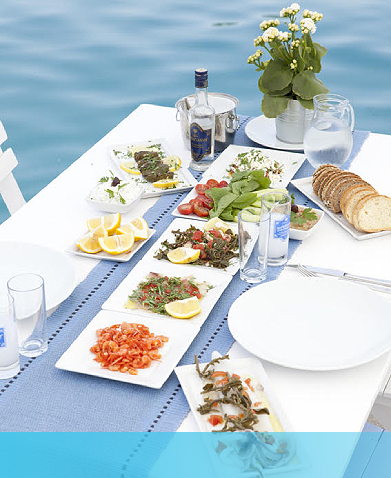 Kastellorizo made Parisian architect Marie Rivalant fall in love three time...
First with the island of Kastellorizo, then with a greek man living there and finally with an old, waterfront mansion. So she bought the mansion, moved to the island and married the man. Luckily for us, she decided to turn the mansion into one of Greece's most charming boutique hotels.


Marie has created a delightful little haven with seven vibrantly coloured bedrooms, some of which look over the harbour and a sunbathing terrace on the quayside. A magnificent suite occupies the ground floor, where you can step out and dip right into the inviting aquamarine waters.


Its simple unpretentious atmosphere is what makes Mediterraneo Kastelorizo so special. 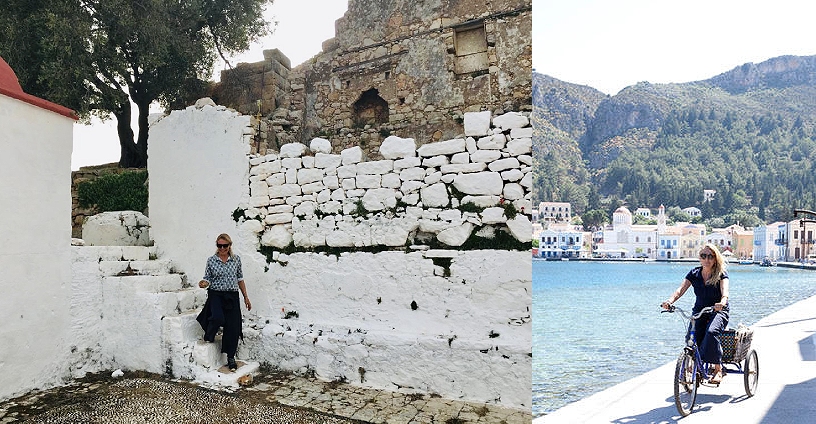 LOCATION AND HOW TO GET HERE

Mediterraneo Kastelorizo Hotel is on the waterfront of Kastellorizo - the easternmost Greek island, which has the convenience of its own airport.

The island is also connected with Rhodes, Piraeus in Greece and Kas in Turkey by regular ferries.

GETTING FROM AIRPORT TO HOTEL

There is only one road that connects the Airport to the center of the Kastellorizo village which you can reach by taxi or a small bus. From here you can take readily available sea-taxis to the Hotel.

GETTING FROM RHODES ISLAND (Greece) TO KASTELLORIZO

- Ferry & Plane transport timetables from Greece - to & from Kastellorizo

GETTING FROM TURKEY (Antalya Airport or Dalaman Airport) TO KASTELLORIZO

The Hotel is also 20 minutes away by boat from the southern coastal town of Kas in Turkey.

- Fly to Dalaman or Antalya airport and then go to Kas by car (2 hrs drive).
- Kas to Kastellorizo : 20 mins by boat (every morning during season).

- Ferry transport timetables from Kas - to & from Kastellorizo

Kastellorizo (or Megisti as it is called in Greek) is arguably, one of Greece's best kept secrets - although this apparently hasn't stopped Prince Charles, Phil Collins, David Gilmour, Demi Moore, Michael Douglas amongst others to visit the beautiful island.

Surrounded by the jewelled turquoise waters of the Mediterranean Sea, Kastellorizo allows you to experience island life and its neo-classic architecture in all its charm. Cobblestone alleys and traditional colourful mansions dot the scenic village. The waterfront is lined with tavernas and café-bars that spoil you for choice.

The island's big "must-see" sight is its Galazio Spilaio (Blue Cave), the biggest and most spectacular of all sea caves in Greece. It is known worldwide for its rich "decoration" of stalactites - truly a nature's magnificent work of art.

In Kastellorizo, you do not have the typical golden Greek beaches but you can dive into the crystal clear waters - and get to swim with sea turtles. Faros - the pictureque 'lighthouse bar' has specatacular location and provides diving platforms and deck chairs to swim, relax and take in the beauty of the harbour. 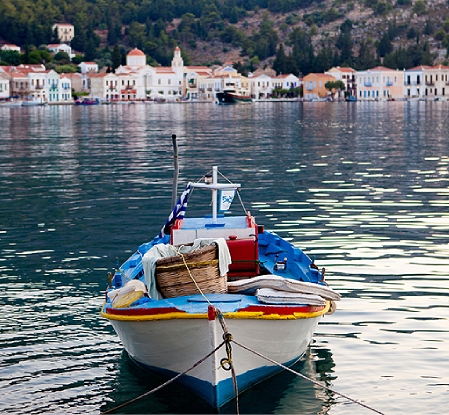 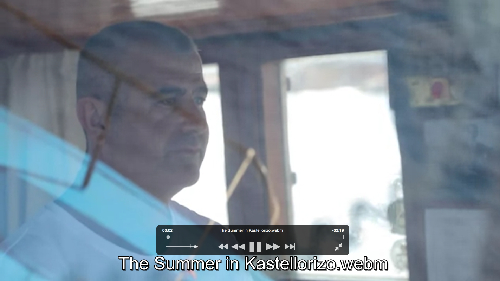 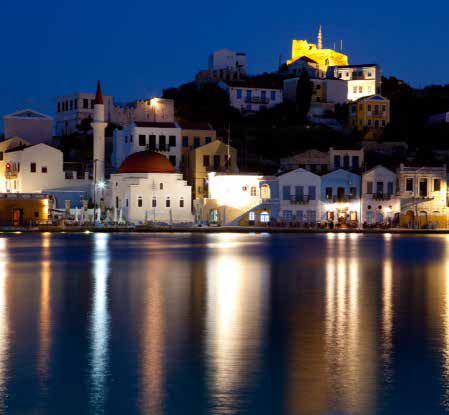 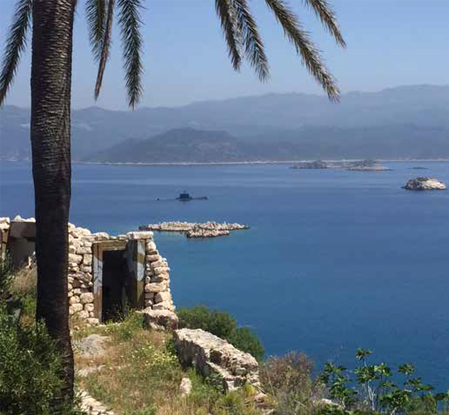 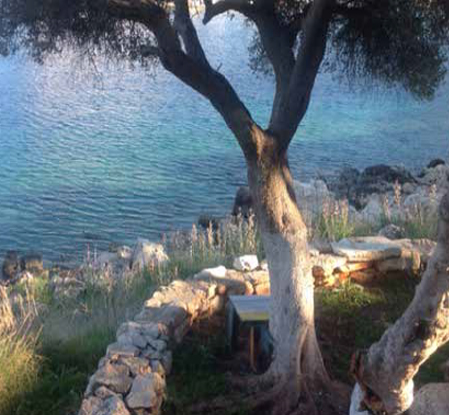 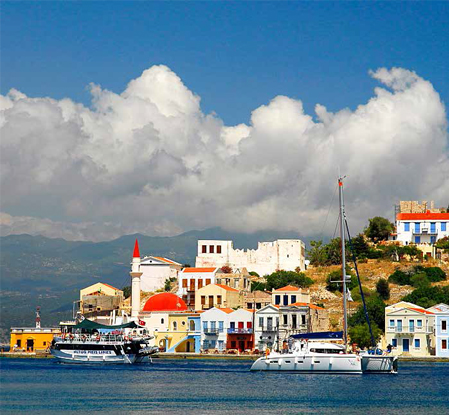 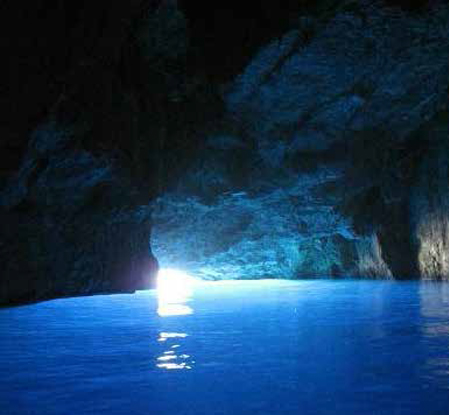 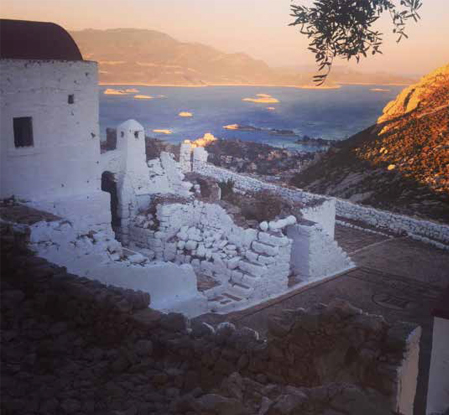 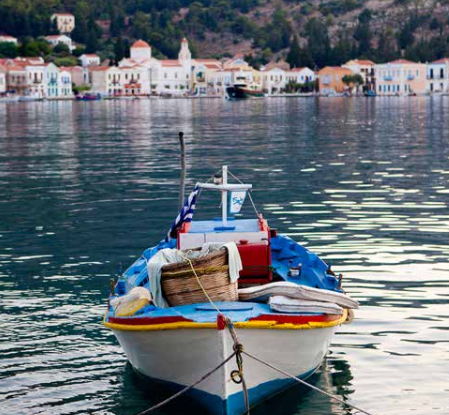